Does Having Sex Before Sports Mess Up Your Performance?

We’ve always heard of athletes, boxers and olympians abstaining from sex before a big performance. I still remember watching Rocky as a kid and hearing his trainer Micky telling Rocky that “women weaken legs”, suggesting that avoiding sex is the best thing to do to ensure a successful outcome in the ring. Even Plato said Olympians should avoid sex before competition. But is there any scientific truth that sex before sports can mess up your performance?

Sex and Sports a Better Combo Than We Think

Even to this day some coaches and athletes believe that not having sex before a big game is better in order to avoid zapping a players energy or being a distraction during the kick off. When in fact, an orgasm according to science may help combat muscle pain, and add an additional testosterone boost to help build strength for men.

Truth is, a little roll in the hay the night before won’t cause an athlete any disadvantage. Some abstinent athletes think being sexually frustrated turns up aggression on the field or in the ring and that’s what strengthens muscles and gives them the edge. However, a review of sports and sex studies in the Clinical Journal of Sports Medicine, says neither abstinent nor sexually active athletes seemed to have an advantage, suggesting sex prior didn’t get in the way of athletic performance at all.

Does Sex Disturb Your Mental Game?

Sex prior to a competition doesn’t seem to bother your mental game either, as long as enough time had passed after the act. In one study researchers gave athletes and weightlifters a series of concentration tests after intercourse and found that having sex beforehand didn’t mess with concentration. But! It also found having sex within two hours of the test made the subjects less attentive.

So best advice here is to stick to cuddling the morning of.

The great myth surrounding sex diminishing strength on the field, the court or in the ring is just that, a myth. And there’s more good news. Research suggests having sex boosts more testosterone, the sex loving hormone in men, which could give guys even more of an athletic edge.

Testosterone, which is released during orgasm also helps to strengthen muscles and leg power specifically in men.

In women, orgasm actually releases a specific pain transmitter for up to 24 hours.

This comes down to what you as an individual truly believe. While science doesn’t back up the ‘no sex before the big game’ myth, there’s one thing that will make all the difference in the world and that is your mindset. Just like if you believe tapping your bat 3 times with a purple rabbit’s foot that you’ve had since 3rd grade makes you win every game, then by all means it will!

For the inverse, you think that getting down and dirty will actually make you weak and hinder your performance then that is true as well.

But if you view sex as making no difference to your performance or makes you more of an asset to your team then by all means participate.

With that being said what you do before you have sex makes all the difference in your athletic performance a thousand fold. If you’re going to partake in a partying, booze filled atmosphere the night before and then go having an all night sex fest with your lover then it’s more than likely that your performance is bound to suffer the next day.

There’s nothing wrong with some good healthy comfort sex, as long as you surround yourself with positive people in a favorable atmosphere and get a good night’s sleep afterwards. 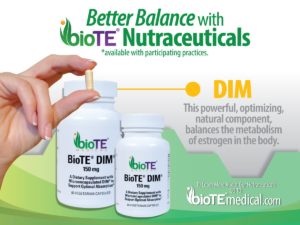 What is BioTE Medical? 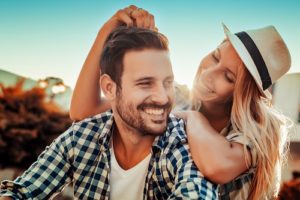 Does Having Sex Before Sports Mess Up Your Performance?

We’ve always heard of athletes, boxers and olympians abstaining from sex before a big performance. I still remember watching Rocky as a

Hormone Therapy Physicians is a Anti-Aging Clinic with a specific focus on providing high-quality bioidentical hormone replacement therapy (BHRT) which is an effective, natural and safer form of therapy than traditional hormone therapies.

Thank you for contacting the office of Hormone Therapy Physicians. One of our staff members will confirm your appointment shortly.